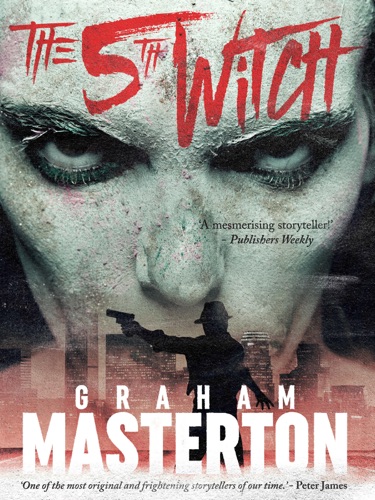 How do you fight criminals who aren’t human?

From Graham Masterton, the bestselling author of the Katie Maguire series, comes an unputdownable story of a deadly alliance between L.A. gangsters and terrifying witches...

A ruthless new crime syndicate holds Los Angeles in a grip of terror. Anyone who opposes it suffers a horrible death… but not at human hands.

Bizarre accidents, sudden illnesses, inexplicable and gruesome deaths: the mobsters will stop at nothing to eliminate their enemies. Every bloody step of the way, their companions are four mysterious women, witches who wield more power than the gangsters could ever dream of.

With the help of his mysteriously gifted neighbour, Annie Conjure, Detective Dan Fisher must fight both the LAPD’s scepticism and this chilling new power. And at the heart of the nightmare lies the final puzzle, the secret of… The 5th Witch.

For readers of Angela Clarke, Peter James and Stephen King, this gripping novel from the legendary Graham Masterton will leave you reeling.

'A true master of the horror genre' James Herbert

‘A masterly plotter who evokes both terror and suspense’ Library Journal

‘Masterton is a crowd-pleaser, filling his pages with sparky, appealing dialogue and visceral gore’ Time Out

Apples Never Fall by Liane Moriarty - Beautiful World, Where Are You by Sally Rooney - The Good Sister by Sally Hepworth - Someone I Used To Know by Paige Toon - The Champagne War by Fiona McIntosh - A Lakeside Thanksgiving by Leeanna Morgan - Reputation by Lex Croucher - This Proud Heart by Pearl S. Buck - The Secrets of Midwives by Sally Hepworth - And Now You're Back by Jill Mansell -