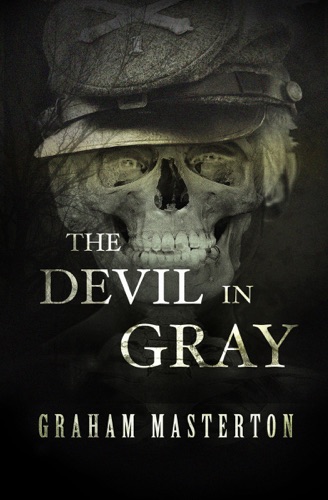 In a town where Confederate blood still flows, a serial killer is on the loose—one so evil he’s no longer human.

America’s Civil War left wounds on the land that bled for over a century—and perhaps something even more terrible that will never heal. A man on the edge, haunted by a recent personal tragedy, homicide detective Martin Decker has been assigned to investigate a bizarre series of gruesome and seemingly random mutilation murders plaguing Richmond, Virginia. A serial killer is somehow finding his way into locked rooms to butcher his victims before vanishing without a trace, and the only witness is a young woman with Down syndrome who claims to have seen the man responsible for the horrific carnage. But the bloody trail is leading Decker to a place where his sanity will be sorely tested—and where pure evil has given rise to an unstoppable nightmare of terror and death.

This gripping masterwork of horror fiction from Graham Masterton, the award-winning author of The Manitou, takes horror to a breathtaking new level. A story not for the faint of heart, The Devil in Gray is a stunningly original tale of terror, one of the very best, from an acknowledged giant of the genre.