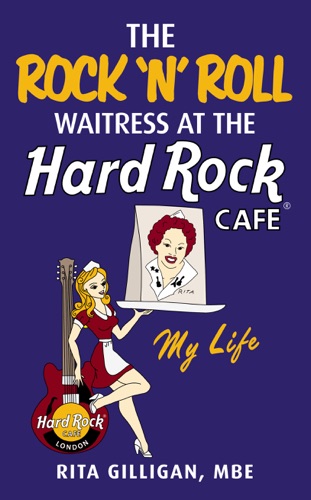 Meet Rita Gilligan, Hard Rock Cafe’s original ‘Rock ‘n’ Roll’ waitress and international cultural ambassador and MBE. It was 1971 when Hard Rock first opened its doors in London, and Rita was there with her spunky, chatty, and absolutely lovable personality. Over the forty-five years she served at Hard Rock, Rita has collected quite some stories to tell, including her relationship with rock ‘n’ roll celebrities, Hard Rock’s history, and her own personal life struggles. In this book Rita tells her story from being a shy Catholic schoolgirl in Galway to becoming the best known waitress and later ambassador of one of history's most iconic American style restaurants. She also narrates how she met Paul McCartney, Eric Clapton, The Rolling Stones, Bruce Springsteen and many other famous celebrities during her time at the Hard Rock. Written with candid humour and disarming honesty, Rita serves up a brilliantly crafted story about how the Hard Rock, like herself, defied all the odds to become a global phenomenon.