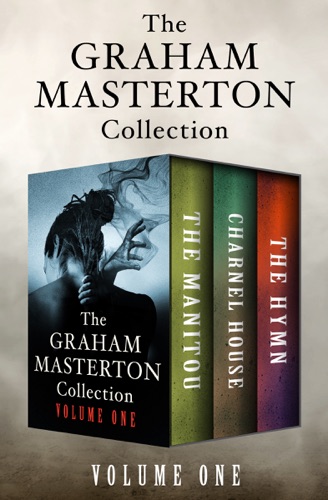 Three nightmare-inducing classics of contemporary horror from the award-winning “master of the genre” (Rocky Mountain News).

As “the living inheritor of the realm of Edgar Allan Poe,” Graham Masterton takes his place alongside Stephen King and Peter Straub in the canon of contemporary horror authors. Here are three of his most memorable novels, all steeped in supernatural shocks, Lovecraftian creepiness, and Masterton’s own boldly original vision (San Francisco Chronicle).

The Manitou: A tumor growing on the back of a young woman’s neck is in fact a vengeful spirit attempting to reenter the world. This acclaimed debut novel was adapted into a film starring Tony Curtis, Susan Strasberg, and Burgess Meredith.

Charnel House: In this Edgar Award Finalist, a house in San Francisco is possessed by an ancient demon with an insatiable hunger for blood. As it threatens to escape from its prison, the hapless homeowner, a civil servant, and a Native American shaman are the only ones who can stop it.

“[A] horror stalwart . . . Masterton is capable of conjuring a spooky atmosphere and evoking chills from understated terrors.” —Publishers Weekly

The Hymn: In this masterwork of supernatural suspense, a man haunted by his fiancée’s suicide investigates a mysterious rash of sacrificial deaths in California and descends into a nightmare world of paranormal cults and Nazi terror. Originally published as The Burning.