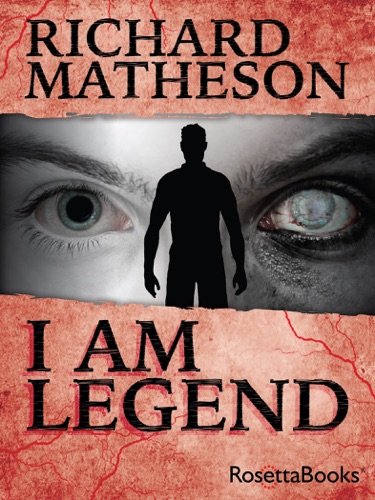 Winner of the Bram Stoker Lifetime Achievement Award for best vampire novel of the century: the genre-defining classic of horror sci-fi that inspired three films.

The population of the entire world has been obliterated by a pandemic of vampire bacteria. Yet somehow, Robert Neville survived. He must now struggle to make sense of what happened and learn to protect himself against the vampires who hunt him nightly.

As months of scavenging and hiding turn to years marked by depression and alcoholism, Robert spends his days hunting his tormentors and researching the cause of their affliction. But the more he discovers about the vampires around him, the more he sees the unsettling truth of who is—and who is not—a monster.

Richard Matheson’s I Am Legend has been a major influence on horror literature. In 2012, it was named the best vampire novel of the century by the Horror Writers Association and the Bram Stoker Estate. The novel was adapted to film in 1964 as The Last Man on Earth, in 1971 as Omega Man, and in 2007 as I am Legend, starring Will Smith.