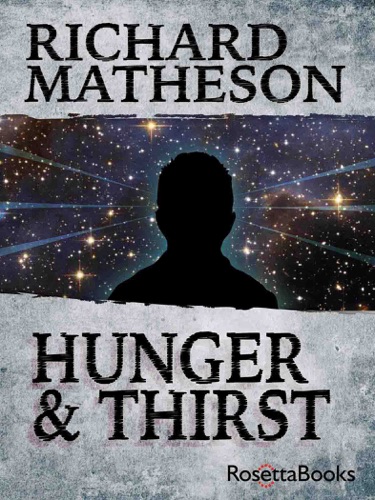 The visionary first novel by the author of What Dreams May Come in which a man paralyzed by a gunshot reflects on his sordid past and hopes for redemption.

Hunger and Thirst is Richard Matheson’s first and until now previously unpublished novel, written fifty-plus years ago when Matheson was only twenty-three-years-old. Matheson’s agent told him it was unpublishable due to its length and so to that end, Matheson put the manuscript in a drawer and left for California where his writing career changed dramatically.

Hunger and Thirst centers around Erick, who lies paralyzed on his hospital bed after being shot during a botched bank robbery. Erick contemplates how his life became such a mess—from his childhood, to his service in the war, his romantic life, and now—and holds out hope to be saved…

“One of the greatest writers of the twentieth century.”—Ray Bradbury
“The author who influenced me the most as a writer was Richard Matheson.”—Stephen King