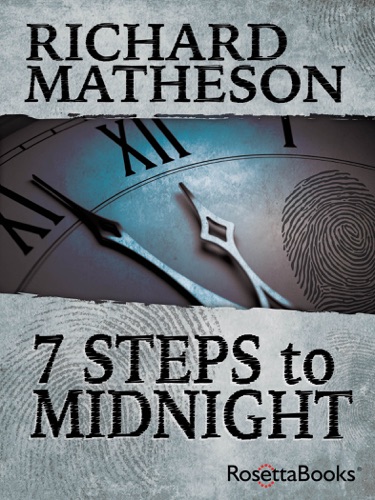 In this suspense thriller by the author of I Am Legend and Now You See It, a man is on the run for his life after he’s replaced by an impostor.

Government mathematician Chris Barton lives a routine life—until, at the end of an ordinary workday, he finds his car missing from the employee parking lot. When he finally arrives home, there is a stranger living in his house—a man who claims to be him. Thrust suddenly into a surreal world where the evidence of his senses cannot be trusted and strangers are trying to kill him, Chris must avoid violent assassins while following a trail of cryptic clues to regain his life . . .

“Matheson is the master of paranoia—pitting a single man against unknown horrors and examining his every slow twist in the wind. 7 Steps is a book to be devoured in one long swallow.” —San Jose Mercury News

“Richard Matheson is one of the great names in American terror fiction. 7 Steps to Midnight commands attention. . . . The writing is fortunately up to Matheson's high standards. This is a novel that flies across the page.” —The Philadelphia Inquirer

“One of the greatest writers of the twentieth century.” —Ray Bradbury