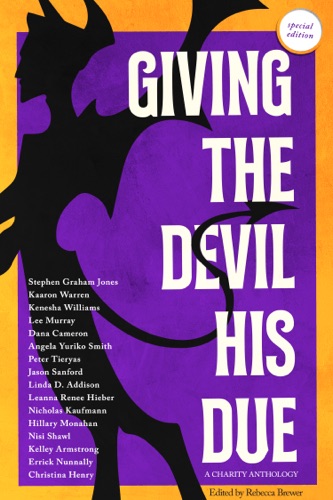 What if a young girl had the power to stop her tyrannical father from battering her mother ever again?What if a student had a secret weapon to end sexual assault by her predatory professor permanently?What if a housewife had unusual means to get back at her controlling husband and walk away from her marriage alive?In Giving the Devil His Due, the Pixel Project's first charity anthology, sixteen acclaimed fantasy, science fiction, and horror authors take readers on an unforgettable journey to alternative worlds where men who abuse and murder women and girls meet their comeuppance in uncanny ways.Featuring stories from Stephen Graham Jones, Christina Henry, Peter Tieryas, Kelley Armstrong, Linda D. Addison, Hillary Monahan, and more, Giving the Devil His Due presents sixteen stories that will make you think about the importance of justice for the victims of gender-based violence, how rare this justice is in our own world, and why we need to end violence against women once and for all.