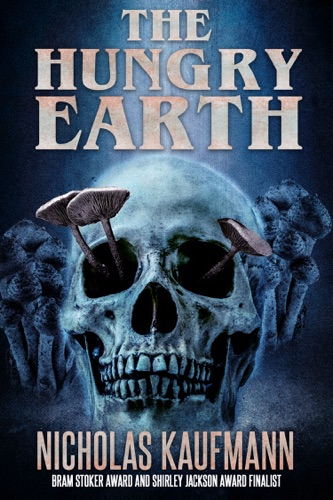 Sakima, New York, a sleepy, idyllic city nestled in the Hudson Valley, a place where everyone knows each other, families look after the highly prized community garden, and the crime rate is so low that Dr. Laura Powell, the police department’s medical examiner, spends most of her time tending to her own private medical practice.

That changes drastically the day a local high school student is found dead, an apparent suicide. Called in to perform the autopsy, Laura uncovers a strange growth inside the body, composed of a mysterious substance she can’t identify. Enlisting the aid of her scientist ex-boyfriend, Booker Coates, Laura launches an investigation that leads to a horrifying discovery.

Something deadly has taken root in Sakima, an organism whose toxic influence spreads like a disease through the population, dangerously altering minds and dominating wills, a ruthless intelligence that demands obedience. As more and more townspeople fall under its control, forming violent mobs to seek out those who remain uninfected, Laura and Booker must find a way to stop it before they become its next victims. But how can they stop something they don’t understand?

“Nicholas Kaufmann’s The Hungry Earth is required reading for anyone who loves tightly plotted horror. It’s a gleeful throwback to the best body horror of the ’80s, updated with a modern premise. His best work to date. Devour it, before it devours you!” — Sarah Langan, bestselling author of Good Neighbors

“If you’re like me, The Hungry Earth will make you squirm out of your skin. Nicholas Kaufmann offers up an unputdownable blend of gruesome body horror and fast-paced suspense that will have you looking suspiciously at mushrooms for a long time to come.” — Ray Garton, author of Live Girls and Ravenous

“Kaufmann’s The Hungry Earth is eco-horror at its finest. With vividly drawn characters and a protagonist you’ll want to follow through additional books, the plight of Sakima and its denizens resounds with emotional intensity and accelerates with the verve of the best medical thrillers. Visceral, detailed, impeccably researched. And all too real for comfort.” — John Hornor Jacobs, author of A Lush and Seething Hell: Two Tales of Cosmic Horror