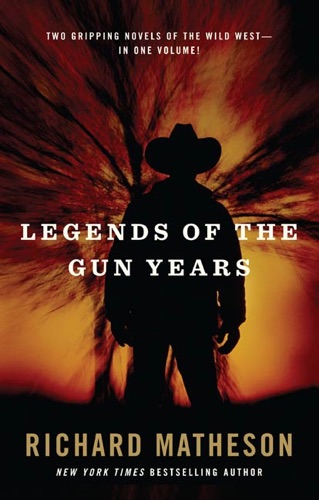 Together in one volume, the epic stories of two legendary gunfighters!

Back East, they told tall tales of Marshal Clay Hauser, the steely-eyed Civil War veteran who became known as the "Hero of the Plains" for his daring exploits in the raucous cow towns of the frontier. But fame proves to be the one enemy he can never outdraw–and a curse that haunts him to his violent end . . . .

The Memoirs of Wild Bill Hickok

James Butler Hickok was a celebrity before there was a Hollywood. As a gunfighter and U.S. marshal, he carved out a legend greater than any fictional hero. Now read the unforgettable story of the man behind the myth.

"Matheson excels at the depiction of one man alone, locked in a desperate struggle against a force or forces greater than himself."
--Stephen King