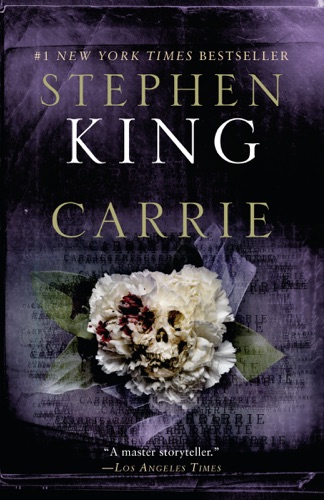 Stephen King's legendary debut, the bestselling smash hit that put him on the map as one of America's favorite writers

Unpopular at school and subjected to her mother's religious fanaticism at home, Carrie White does not have it easy. But while she may be picked on by her classmates, she has a gift she's kept secret since she was a little girl: she can move things with her mind. Doors lock. Candles fall. Her ability has been both a power and a problem. And when she finds herself the recipient of a sudden act of kindness, Carrie feels like she's finally been given a chance to be normal. She hopes that the nightmare of her classmates' vicious taunts is over . . . but an unexpected and cruel prank turns her gift into a weapon of horror so destructive that the town may never recover.