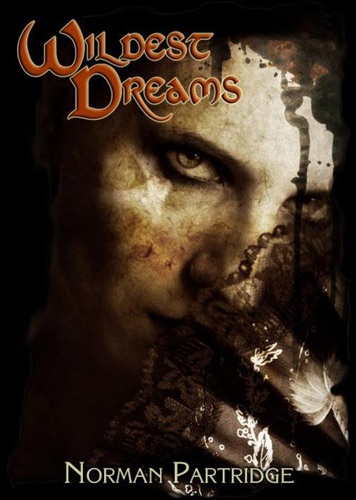 Wildest Dreams
by Norman Partridge
About the eBook:
A storm is coming to Cliffside, California, and with it comes a killer.
His name is Clay Saunders, and he walks in two worlds. Born with a caul, Saunders sees ghosts. But to him, the world of the dead is very much like the world of the living. It's a realm of eternal pain -- inescapable and relentless -- that cuts as deeply as the razor edge of the hired killer's K-bar knife.
Saunders has spilled blood on Florida sand, and the snow-covered Canadian prairie, and the black lava of Hawaii. His latest target is Diabolos Whistler, leader of a satanic cult. Exiled in Mexico, Whistler is alone when Saunders stabs him just above the first vertebrae... alone, except for the mummies stacked like so much cordwood in his library.
But the living who await the killer's arrival in Cliffside are more frightening than the decayed corpses of the dead. There's Whistler's daughter Circe, a tattooed siren who leads Saunders to a bed of iron and satin...and Circe's bodyguard, a seven foot student of Egyptology whose sarcophagus rests in a redwood pyramid... and Janice Ravenwood, a new age medium with a startling hidden gift.
And there's a little girl, a ghost held prisoner by vengeful revenants. Only Clay Saunders can save her. To do that, he must bridge the worlds of the living and the dead in an unforgettable climax of darkness and blood.