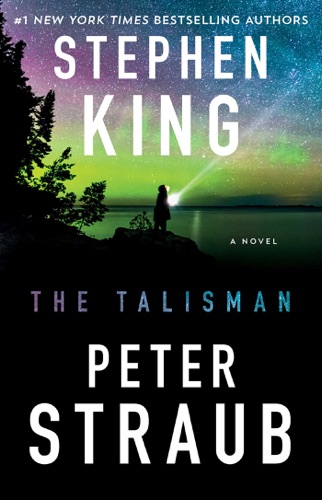 The iconic, “extraordinary” (The Washington Post) collaboration between #1 bestselling author Stephen King and Peter Straub—an epic thriller about a young boy’s quest to save his mother’s life.

Why had twelve-year-old Jack Sawyer’s mother frantically moved the two of them from Rodeo Drive to a New York City apartment to the Alhambra, a fading ocean resort and shuttered amusement park in New Hampshire? Who or what is she running from? She is dying . . . and even young Jack knows she can’t outrun death. But only he can save her—for he has been chosen to search for a prize across an epic landscape of dangers and lies, a realm of innocents and monsters, where everything Jack loves is on the line.

Pocket Full of Do by Chris Do, Minhye Cho, Bryn Mooth & Greg Gunn - Attack of the 50 Foot Blockchain: Bitcoin, Blockchain, Ethereum & Smart Contracts by David Gerard - How to Make Money in Stocks: A Winning System in Good Times and Bad, Fourth Edition by William O'Neil - The Millionaire Next Door by Thomas J. Stanley - Measure What Matters by John Doerr - Crossing the Chasm, 3rd Edition by Geoffrey A. Moore - Option Volatility and Pricing: Advanced Trading Strategies and Techniques, 2nd Edition by Sheldon Natenberg - The Little Book That Beats the Market by Joel Greenblatt - Rich Dad Poor Dad by Robert T. Kiyosaki - Your Money or Your Life by Vicki Robin & Joe Dominguez -