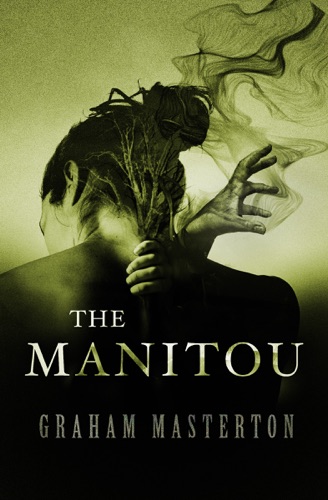 An ancient vengeful spirit attempts to return through the body of a terrified young woman in this horror classic by an award-winning “master of the genre” (Rocky Mountain News).

Phony psychic and conman Harry Erskine never really believed in the occult until Karen Tandy approached him with a rapidly growing tumor on her neck, complaining of dark and disturbing dreams. When the mass is revealed by doctors to contain something living, the stakes skyrocket—not only for Karen and Harry but for all humanity.

Something terrible is returning from the shadows to which it has been confined for centuries—a Native American monstrosity determined to destroy every vestige of the white race that oppressed and preyed upon America’s Indians. And unless a motley group of ill-prepared defenders can harness an ancient native magic, there will be no stopping the malevolent shaman’s terrible rebirth—and no escaping the wholesale carnage it will engender.

The Manitou introduced the great Graham Masterton to the canon of horror, instantly placing him among the genre’s elite. A longtime favorite for its bold originality, unrelenting creepiness, supernatural shocks, and otherworldly surprises that would have made H. P. Lovecraft proud, Masterton’s classic continues to stand tall alongside Stephen King’s Carrie, Peter Straub’s Ghost Story, and other unforgettable literary horror debuts.