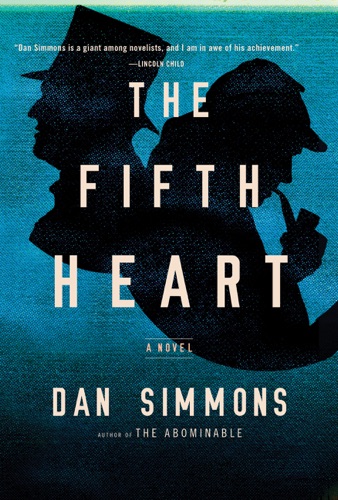 In 1893, Sherlock Holmes and Henry James come to America together to solve the mystery of the 1885 death of Clover Adams, wife of the esteemed historian Henry Adams -- member of the Adams family that has given the United States two Presidents. Clover's suicide appears to be more than it at first seemed; the suspected foul play may involve matters of national importance.

Holmes is currently on his Great Hiatus -- his three-year absence after Reichenbach Falls during which time the people of London believe him to be deceased. Holmes has faked his own death because, through his powers of ratiocination, the great detective has come to the conclusion that he is a fictional character.

This leads to serious complications for James -- for if his esteemed fellow investigator is merely a work of fiction, what does that make him? And what can the master storyteller do to fight against the sinister power -- possibly named Moriarty -- that may or may not be controlling them from the shadows?